On the evening of September 28 after more than a half-dozen rounds of voting, Colorado’s new Independent Congressional Redistricting Commission approved a new map (below) outlining Colorado’s eight congressional districts based on the 2020 Census. Eleven of the twelve commission members — four Republicans, three Democrats, and four unaffiliated commissioners voted to approve the final map.

On November 1, Colorado’s Supreme Court justices unanimously approved the new maps. In her opinion for the court, Justice Monica Marquez wrote that the new maps “marked a watershed for congressional redistricting in Colorado. For the first time, the state’s congressional district map is not the product of politics or litigation.”

The new congressional district boundaries do change the federal representation of some counties in the District. Colorado’s 2nd Congressional District, for example, now covers the River District counties of Routt, Grand, Summit, and most of Eagle. It also includes most of Boulder County and parts of Weld and Jefferson County.

“Most analysis assume this will remain a safe Democratic district for incumbent Representative Joe Neguse,” said Zane Kessler, Director of Government Relations, at the recent River District board meeting.

On the other hand, the redrawn 3rd Congressional District includes the remainder of the River District counties along with the Southwestern corner of the state, the San Luis Valley, and Pueblo. Representative Lauren Boebert would enjoy a solid 9.3 percentage point advantage in the new version.

“This does change things slightly from a representative perspective, but we’re lucky to have good working relationships with both Representatives and their staff,” said Kessler. “We look forward to working with Representatives Boebert and Neguse to represent and protect the interests of our shared constituents.”

Feds Go Back to the Drawing Board on WOTUS

On August 30, the U.S. District Court for the District of Arizona vacated the Trump Administration’s Navigable Waters Protection Rule (NWPR), ruling that the regulation was too harmful to remain in place. In a memo to the River District’s Board of Directors, Kessler noted that the rule “has been remanded to the Environmental Protection Agency (EPA) and the U.S. Army Corp of Engineers for reconsideration.”

EPA and the Corps of Engineers said they will revert to pre-2015 regulations, including implementing a 1986 rule as interpreted by the George W. Bush administration to determine what qualifies for federal protection as “waters of the United States” under the Clean Water Act. The agencies said they will continue to review the order and consider next steps, including “working expeditiously to move forward with the rulemakings” announced on June 9 “in order to better protect our nation’s vital water resources that support public health, environmental protection, agricultural activity, and economic growth.”

“The Biden Administration has stated that it wants to create a new rule that is ‘durable and enduring’ after decades of regulatory changes, lawsuits, and uncertainty,” said Kessler. “To that end, the River District will work to advocate for the inclusion of a durable agricultural exemption that provides certainty for Wester Slope Water users.”

Leadership in the House and Senate has indicated that Congress is close to an agreement on the funding package to address climate change and domestic policy. Disagreements on the bill, however, have led to delays on a vote in the House of Representatives for a bipartisan infrastructure deal otherwise known as the Infrastructure Investment and Jobs Act. “Leadership is hopeful that the packages will be voted on favorably in both chambers by end of November,” according to Kessler.

The Senate passed the bipartisan infrastructure bill last August by a vote of 69-30. Challenges in bringing the bill up for a vote in the House persist, however, due to disagreements within the Democratic caucus on how to move forward with a more controversial budget reconciliation bill. Of particular importance to Western Water users, the bipartisan package includes $8.3 billion for the Bureau of Reclamation western water programs, including historic investments in aging water infrastructure, storage and conveyance projects, and western water efficiency programs.

In Real Time . . .
The fifteen counties which make up the #ColoradoRiverDistrict encompass the headwaters of the #ColoradoRiver. From the high country near the Continental Divide, this vital river flows west through ranches, farms and cities to serve 40 million people. #COwater #YourCORiverDistrict https://t.co/vhVBXWoLXH 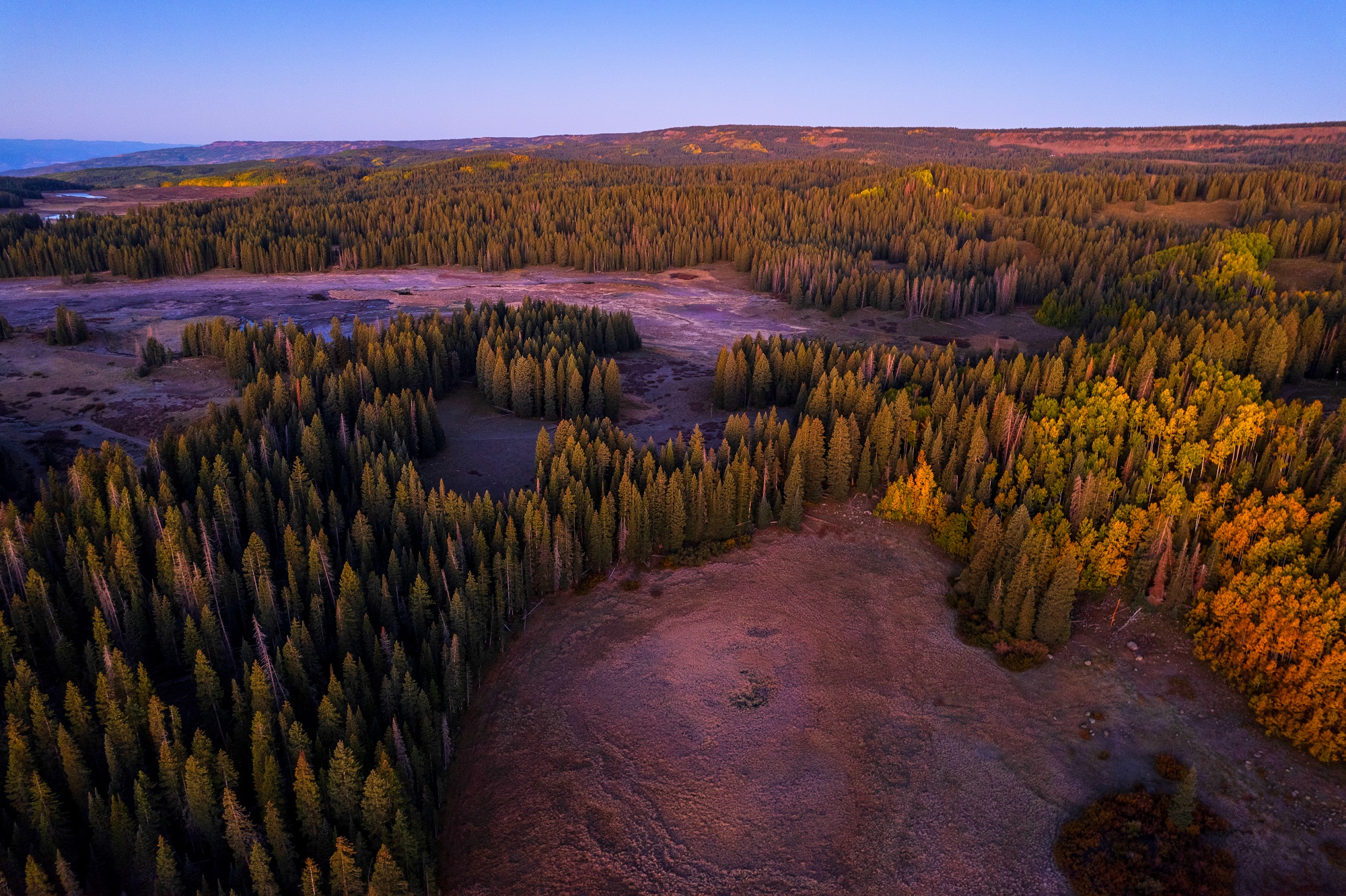 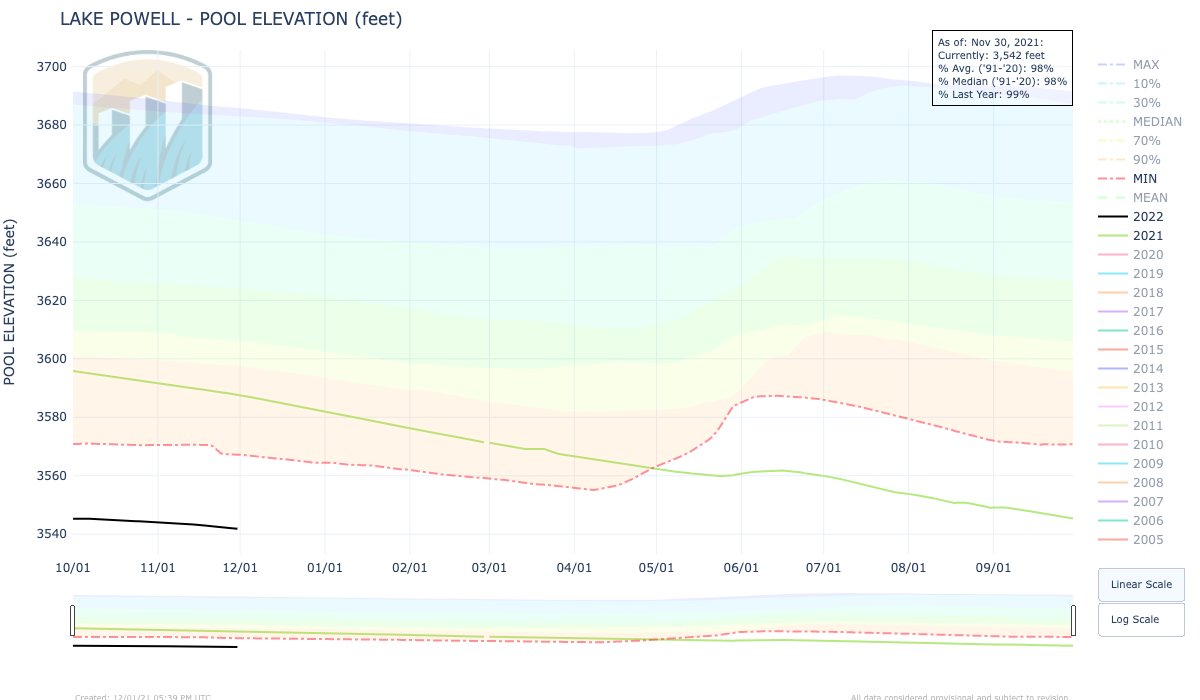