On June 8, 2021, when the First Regular Session of Colorado’s 73rd General Assembly finally adjourned, it brought to a close the longest legislative session in Colorado history. The legislature convened for just three days in January, then recessed for public health precautions until February 16 during the COVID-declared emergency. The state legislature, which is normally confined to 120 consecutive days of business, was able to take a prolonged recess as a result of a Colorado Supreme Court ruling that allowed for a special accounting of the 120-day limit during the COVID-declared emergency.

“It was an interesting legislative session to say the least,” said Zane Kessler, Director of Government Relations for the Colorado River District. “Public health issues were at the forefront, but we also saw a dramatic turnaround in the state’s fiscal situation when compared to the prior year.”

Consistent, better-than-expected revisions to revenue forecasts coupled with a massive influx of federal stimulus dollars allowed for investment in a number of key water, agriculture, and forest health programs in 2021, said Kessler.

In the end, legislators were able to restore nearly all of the $3.5 billion in cuts they were forced to make in the midst of 2020’s pandemic-induced recession. Wildfire prevention and mitigation and Colorado’s Water Plan all received COVID-19 stimulus shots from the General Assembly.

In a memo to the River District’s Board of Directors, Kessler highlighted a small handful of bills – all supported by the District – that directed funding to water and forestry programs important to West Slope water users.

Altogether, The Colorado River District staff directly engaged on 30 bills this session. “We secured some meaningful investments in West Slope water priorities,” said Kessler. “But there is still much more work to be done in the years ahead.”

In Real Time . . .
Dr. Gigi Richard knows a bit about drought. She will be lending her expertise to help set the stage for an in-depth look at the hydrological conditions affecting the state. Register for the seminar today to learn from @professor_gigi. https://t.co/wqnBo5KsRy #CORiver #COWater https://t.co/05LkLb2PF1 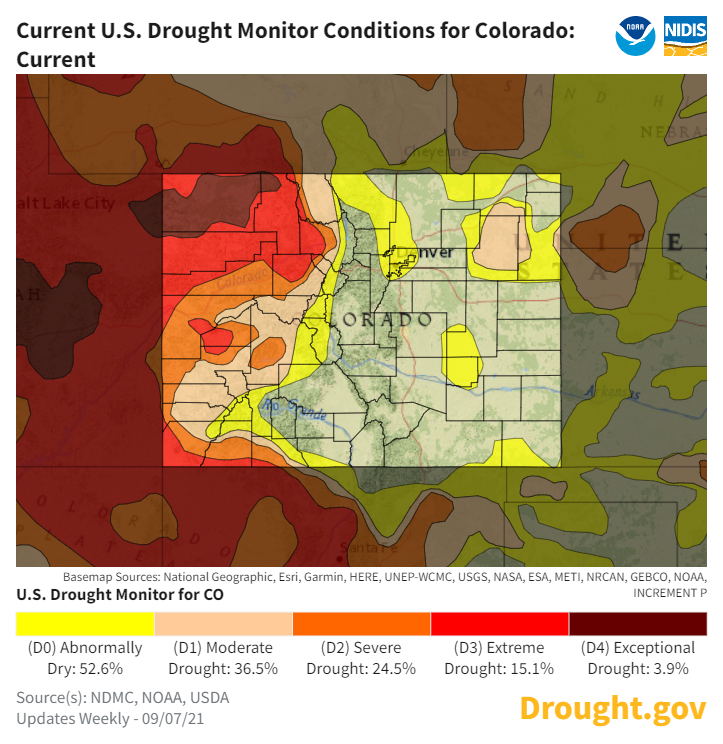