It all began about a decade ago when someone went on local television and said there was a drought.

All of a sudden, water users in the Grand Valley turned on their valves and sprinklers to make sure they had their water before none was left.

The problem was, while there was a drought in the state that year, it wouldn’t have impacted local users without all the publicity, said Max Schmidt, district manager of the Orchard Mesa Irrigation District.

“Everyone went home and pushed the button on their half-horse pump that averages pumping probably four to five times their water shares,” Schmidt said. “They literally just sucked the canal dry. The year before was a flood year. I had the same amount of water during the drought as I had during the flood. I call it a media-induced drought.”

Still, the incident convinced Schmidt that something needed to be done, and he reached out to others to find a solution.

“You can depend on two things in water — gravity and greed,” Schmidt said. “They are always there. When somebody thinks it’s going to dry up, they start watering like crazy. It can be safe and secure, but all of a sudden they think there’s a shortage, they want theirs now.”

The 74-acre-foot reservoir located near U.S. Highway 50 and 29 1/2 Road on Orchard Mesa is designed to allow users of the water district to access water during peak times, while at the same time minimizing reductions in ditch and river flows.

It’s designed to provide a more reliable water supply throughout the district’s canal system, helping to conserve up to 17,000 acre-feet of water a year. An acre-foot is the amount of water that covers an acre of land at a depth of one foot. It’s equal to 325,851 gallons of water.

Mark Wernke, design and construction manager for the bureau that actually owns the new reservoir, calls it a “shock absorber” that helps even out water flows along the district’s canals.

“This is more for efficiencies and how the flows work,” Wernke said. “You get to the tail end of a canal, you get more fluctuations. It evens out the flows from (the reservoir) to the end.”

The $8.9 million project started with money from the water conservation board, which first purchased the 14 acres on which the reservoir now sits. It is modeled after a similar regulating reservoir operated by the Grand Valley Water Users Association.

“This project we felt was pretty important because we had been looking at other options to keep a little more water within a 15-mile reach” downstream of Palisade, where the irrigation ditch connects to the Colorado River, said Michelle Garrison, water resources specialist for the CWCB. “We’re doing a lot of little projects, but bigger ones like this are less common.”

Dan Birch, deputy general manager of the Colorado River district, said the district shelled out the cash to purchase the land long before the project’s approval was assured because it was the last piece of property large enough to handle such a reservoir.

A blow for flows

The 74-acre-foot “regulating” reservoir located near U.S. Highway 50 and 29 1/2 Road on Orchard Mesa is designed to allow users of the Orchard Mesa Irrigation District to access water during peak times, while at the same time minimizing reductions in ditch and river flows.

A water project like this doesn’t just magically appear. It took years of interagency cooperation and a leap of faith to make it happen. But in the end, it delivered exactly what the state water plan prescribes — new water solutions that make finite supplies go further.

The reservoir, modeled after one in use by the Grand Valley Water Users Association, is designed to prove a more reliable supply of water throughout the throughout the district’s canal system, helping to conserve up to 17,000 acre-feet of water a year.

The reservoir will help keep water in the ditches, thereby reducing “runs” on water when people are anxious about drought conditions. As the Sentinel’s Charles Ashby explained, peak usage can trigger a panic among water users. Fearful that water is running low, they up their consumption instead of conserving.

The CWCB and the Colorado River Water Conservation District purchased the land where the reservoir now sits before permits were finalized because it was the last piece of property large enough to handle that much water. The land was deeded to the Bureau of Reclamation, which largely reimbursed the river district for the purchase and that money is being used to maintain the new reservoir.

As one river district official explained: “You’ve got an $8 million project that’s leveraged 17,000 acre-feet of water. That’s the cheapest water out there.”

The project is a reminder that managing water isn’t cheap. All the collaboration in the world won’t matter a lick if there’s no funding for local communities to innovate and implement stream management plans.

And that’s essentially what the reservoir is — a tool to manage river flows. The more water that’s in the state’s rivers, the better for everyone involved. Conservation means better flows, which ensures that the recovery of protected species of fish won’t interfere with the right to develop water.

The Orchard Mesa project delivered benefits to all parties involved, even the U.S. Fish & Wildlife Service. And it all stemmed from local water users making their own decisions about how to best manage water. Hopefully, the Legislature can supply the funds to let other communities follow suit.

This site uses Akismet to reduce spam. Learn how your comment data is processed. 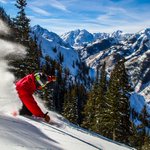 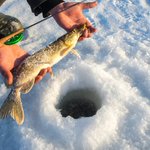